If you are looking to read about the TUDOR FAMILY, I’m going to bore you with ONE diagram before we jump in. This is the Tudor family tree, so every book I mention features one of the people within this diagram!

WHO ARE THE TUDORS?

The Tudor dynasty began with King Henry VII (Lancaster) and his wife Elizabeth (York) who unified the House of Lancaster and the House of York, finally ending the “war of the roses” and creating a united England. He was the last King who had to secure his place on the throne by winning a battle!

For the first time ever in English history, this period was all about the Queens… you go girls! With Mary Queen of Scotland and Elizabeth Queen of England on the throne at the same time, it was an all female ruling for some parts!

Most people would say this period is most famous for Henry VII and his six wives! And it’s true, as this period was dominated by the need for royal succession. As the previous decades had been a battle for the throne, Henry VII was obsessed with having a strong male heir to keep England under the Tudor Rose. In the end, this need was actually met by his fiery red-headed daughter – Elizabeth – who ruled for 44 years on the throne. But there was a second issue, and this was religion. Henry VIII broke with Rome to marry Anne Boleyn. This meant that all his children had different religious upbringings, Mary I was Catholic whilst Elizabeth and Edward VI were Protestant. When Edward died suddenly, at the young age of 15, he excluded his sisters and declared Lady Jane Grey as the rightful heir. Although this only lasted a few days. When Mary took back the throne, she was more determined than ever to punish the Protestants… giving her the nickname “Bloody Mary” for all the people she burnt alive!!! Yuck. Elizabeth, meanwhile, gained the throne after Mary’s death to the cheers of London. She never married, although everyone thought she might to her favourite Robert Dudley, so she supported King James I’s claim (son of Mary Queen of Scots) and he became the first King of Scotland and England.

One crazy thing about all of this, was the only reason we had the Tudor line was due to Catherine of Valois (who was Queen of England, marrying Henry V) having relations with one of her courtiers, Owen Tudor. She was grandmother to Henry VII. 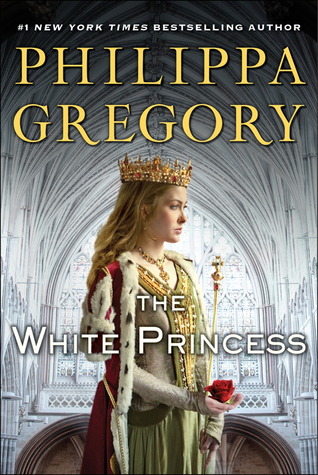 Going to be honest, I really debated adding this one in as it was not one of my favourites. However, it does focus on young Queen Elizabeth of York (Henry VII’s wife) who is divided between the red rose of her new husband and the white rose of her mother and her missing brothers. The reason I didn’t like it was due to the ending, I felt it lacked much of her life.

Norah Lofts really brings to life, the entire life of Catherine of Aragon. So defined by her failed marriage Henry VIII it was a good change to read about her as a girl, first meeting Prince Arthur and her younger years as Henry’s wife when it was obvious he loved her.

I liked this book about Anne Boleyn as it takes a slightly different angle. It actually also mentions her relationship with her cousin, Katherine Howard (Henry’s fifth wife) who also shared a similar fate. This book portrays Anne as spirited and intelligent from her time in France to her love of Henry. A really good read.

There are so many more books about Anne Boleyn including: The King’s Secret Matter – Jean Plaidy, The Lady in the Tower – Alison Weir, The Concubine – Norah Lofts and The Other Boleyn Girl – Philippa Gregory

This is an interesting read about Jane Seymour. “Plain Jane” only ever wanted to leave in the peace and quiet of her family home, but when she comes to court… in contrast to Anne Boleyn and her increasingly violent relationship with the King…. Henry VIII falls for her charms! This book is written from Jane’s view, and it was great to gain an insight to her youth, even hinting at a possible romance Jane had with her neighbor William Dormer.

Philippa Gregory is very hit or miss with me, and this book was no different. It follows three key women during this period, Jane Boleyn (Anne Boleyn’s brother George’s wife), Anne of Cleves (Henry VIII’S fourth wife) and Katherine Howard (Henry VIII’s fifth wife). For me, the best bit was about Anne of Cleves, she comes across as kind and intelligent. Her childhood is interesting and her sections of the book were really inspiring. Jane voice is slightly harder to love, she is portrayed as really manipulative and Katherine Howard (Kitty) was too light and spoilt. I just wasn’t sure… but I do think its worth a read as it follows three very different woman and their relationship with the King.

So, I cried at this one! Poor Katherine Howard, was only 15 years old when she captured the King’s eyes and heart! However, Katherine was in love with another man. Told in the first person by Cat Tilney (her lady in waiting and friend) this book focused on the teenager behind the crown, who’s passion and love affairs sent her to the executioner’s block.

CATHERINE PARR (Always confusing whether its Katherine or Catherine Parr?)

Henry VIII’s last wife had an uneasy start. Following from the death of Katherine Howard, she has to tread very softly with the aging king. This book is told from the view of her lady-in-waiting, Catherine Willoughby, so lacks Katherine’s voice… however it also really brings to life her later relationship with Thomas Seymour and his betrayal.

The “Nine-day Queen”, Lady Jane Grey, is a sad story about a young girl who got caught up in her parent’s ambition. I loved reading this one from her point of view and Alison Weir really made her character believable and real. The Sisters who would be Queen – Leanda De Lisle

The lives of the Grey sisters is pretty unknown, but when their sister Lady Jane Grey became the “nine-day queen” her two younger sisters Katherine and Mary were heirs and rivals to the Tudor monarchs of Mary and Elizabeth I. This is the story of the three girls, their religion, their loves and the games they played to survive two Queens.

If you like this, you may like: Sisters of Treason – Elizabeth Fremantle OR The Fallen Queen – Emily Purdy

I am sure there are any titles about Mary, but I have yet to find one I really recommend! Sorry! 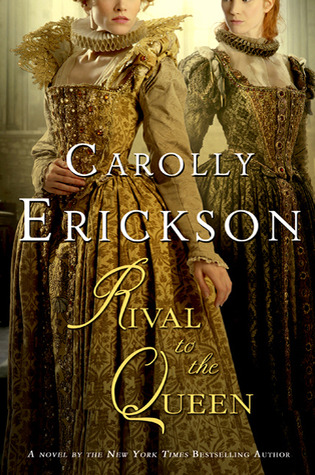 Rival to the Queen – Carolly Erickson

Woah, this is about to get confusing…. Lettie Knollys, daughter of Anne Bolyen’s sister Mary’s child (possibly with Henry VIII??) ends up marrying the handsome and ambitious Robert Dudley, Elizabeth I’s favourite. These woman become powerful rivals and their love for Robert is tested, in different ways.

This is a Phillippa Gregory book I loved! It follows Elizabeth I and her relationship with Robert Dudley. From her youth when she was imprisoned, Robert and Elizabeth’s lives have always been interlinked. He becomes her friend and first love. But now she is Queen, their love is really tested especially when Robert is already married.

This is a slightly more unknown tale of Elizabeth’s relationship with Thomas Seymour. When Henry VIII died, Elizabeth at the young age of 14, is looked after by Catherine Parr (his sixth wife) and her new husband Thomas Seymour, but Thomas is ambitious and sees Elizabeth as an opportunity…

Yes! I love this book. This book tells the tale of Queen Elizabeth I,  as a girl, before she becomes the magnificent queen we all know about! Its depicts a small child being motherless… disinherited and left defenseless right up to her first experience of love. I highly recommend this one! 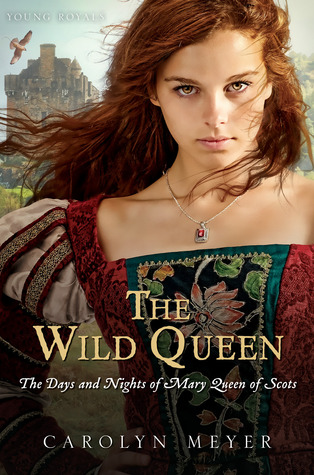 Like the title suggests, this book focuses on Mary Queen of Scots and her ‘wild’ life. From Queen of France to her second, complicated marriage… mixed in with scandal, war and her eventual capture! It was fast paced and I couldn’t put it down.

This follows a young Mary in her time in France as the short-lived Queen. From her relationship with the Queen of France and her return to Scotland, I loved reading about her time as a young girl before she was Queen of Scotland.

Once you finish this, read part 2: The Captive Queen of Scots  – Jean Plaidy

OTHER TITLES I HAVE NOT READ YET

The story of the Elizabeth Howard, the mother to Mary, George and Anne Boleyn.

The story of Mary, Margaret and Catherine of Aragon, three very different woman in the initial stages of the Tudor period.

This is the story of Henry VIII’s youngest sister, Mary.

*The family tree image I created myself, it took ages!! All other images taken from amazon books and the internet, I have to say that or people will get angry and we don’t want that!